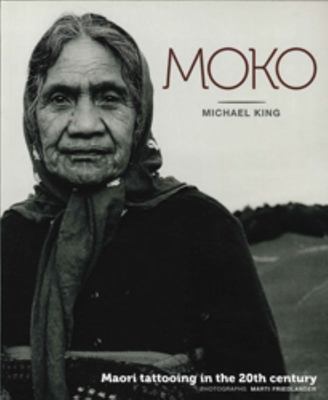 Moko is written by Michael King, one of New Zealand's most celebrated historians, and photographed by Marti Friedlander, one of the country's most eminent photographers.

One of New Zealand's iconic books, originally published in 1972, it was a milestone in New Zealand publishing. Maori subject matter was not thought to be of interest to the New Zealand public at that time, and the author and photographer were relative unknowns - Moko was their first book. To research this book, King and Friedlander travelled thousands of kilometres through the hinterland of New Zealand to find and speak with those who were tattooed, or with people who had first-hand knowledge of the custom.

It is also the story of the last generation of Maori women who wore the traditional moko. Marti Friedlander's photographs illustrate with skill and compassion the moko itself, the women who wore it and the environments in which they lived.