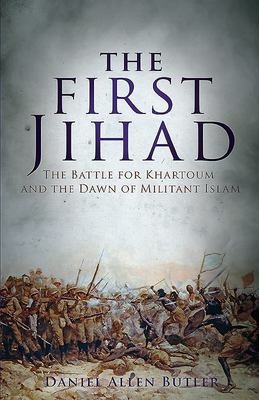 Before there was Osama bin Laden, Abu al-Zarqawi or Ayatollah Khomeini, there was the Mahdi--the "Expected One"--who raised the Arabs in pan-tribal revolt against infidels and apostates in the late 19th-century Sudan.

Born on the Nile in 1844, Muhammed Ahmed grew into a devout, charismatic young man, whose visage was said to have always featured the placid hint of a smile. He developed a ferocious resentment, however, against the corrupt Ottoman Turks, their Egyptian lackeys, and finally the Europeans who he felt held the Arab people in subjugation. In 1880, he raised the banner of holy war, and thousands of warriors flocked to his side.

The Egyptians dispatched a punitive expedition to the Sudan, but the Mahdist forces destroyed it. In 1883, Col. William Hicks gathered a larger army of nearly 10,000 men. Trapped by the tribesmen in a defile at El Obeid, it was massacred to a man. Three months later, another British-led force met disaster at El Teb.

Prime Minister William Gladstone ordered a withdrawal from Sudan, and dispatched one of Victoria's most celebrated heroes, General Charles "Chinese" Gordon, to effect the evacuation. Instead, Gordon was besieged by the Mahdi at Khartoum. In an epic contest pitting military innovation and discipline against religious fervor, the Mahdi and Gordon dueled throughout 1884, while the British government hesitated to send relief.

On January 26, 1885 a treacherous native (or patriot, depending on one's point of view) let the Mahdist forces into the city of Khartoum. Gordon, realizing that the end was at hand, donned a white uniform, took up his sword, and walked out upon his palace steps. He was hacked to death by jihadists and his head was carried around the city on a pole. A British relief column arrived two days later.

The Mahdi died shortly afterward, yet his revolt had succeeded. The British vacated the territory for almost 15 years until in 1899, led by Herbert Kitchner, they returned to forestall encroachments by other European powers. The Mahdist forces were crushed at the Battle of Omdurman, and the great jihad temporarily dissolved into the desert, not to be renewed for another century.

In today's world the Mahdi's words have been repeated almost verbatim by the Muslim jihadists who have attacked New York, Washington, Madrid and London, and continue to wage war from the Hindu Kush to the Mediterranean. Along with Saladin, who once defeated a holy war, the Mahdi stands as an Islamic icon who once launched his own successful crusade against the West.

This deeply researched work reminds us that the "clash of civilizations" that supposedly came upon us in September 2001 in fact began much earlier. This book is essential reading for all those who seek to understand the roots of our current relationship with Islam.