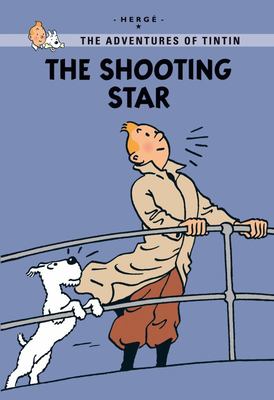 When an asteroid narrowly misses crashing into the Earth, a piece of the rock plummets into the Arctic Ocean. Two expeditions are set out to find the meteorite. Tintin and Snowy set off on board the Aurora, with Captain Haddock at the helm. The race is on!

Herge (Georges Remi) was born in Brussels in 1907. His pseudonym comes from his initials backwards (R.G., as pronounced in French). Over the course of 54 years, he would complete 23 albums. Sadly, he died in 1983, leaving his 24th album, Tintin and Alph-Art, unfinished. The Adventures of Tintin is one of the most popular comics series in the world, with translations published in over 80 languages, and more than 230 million copies of the books sold worldwide. In its scope and innovation, Herge's work stands as one of the great achievements of twentieth century comic art.