Love as a Stranger 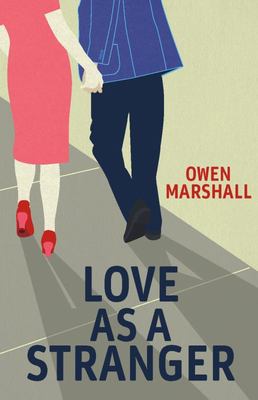 Love as a Stranger

$38.00(NZD)  inc GST
Available Stock: 2
Add to Cart Click & Collect Add to Wishlist
Description
Brilliantly tracing the progress of unexpected love and the perils of relationships, this gripping novel is a tour de force. Temporarily in Auckland while her husband is undergoing treatment, Sarah enjoys a walk in the coolness of the Symonds Street Cemetery. As she pauses at the grave of Emily Keeling, murdered in 1886 by a rejected suitor, a stranger named Hartley strikes up a conversation. Before long he arranges to meet Sarah for coffee. So their friendship begins, and soon blossoms into an affair, rich in mutual understanding and sexual excitement. But love may become obsession, which brings with it disquieting demands, even menace. When love is not madness, it is not love.'
Awards
Acorn Foundation Fiction Prize Finalist - Ockham New Zealand Book Awards 2017.
Author description

Owen Marshall, described by Vincent O'Sullivan as New Zealand's best prose writer', is an award-winning novelist, short story writer, poet and anthologist, who has written or edited 30 books, including the bestselling novel The Larnachs. Numerous awards for his fiction include the New Zealand Literary Fund Scholarship in Letters, fellowships at Otago and Canterbury universities, and the Katherine Mansfield Memorial Fellowship in Menton, France. In 2000 he became an Officer of the New Zealand Order of Merit (ONZM) for services to literature; in 2012 was made a Companion of the New Zealand Order of Merit (CNZM) and in 2013 received the Prime Minister's Award for Literary Achievement in Fiction. In 2000 his novel Harlequin Rex won the Montana New Zealand Book Awards Deutz Medal for Fiction. Many of his other books have been shortlisted for major awards, and his work has been extensively anthologised. In addition, in 2003 he was the inaugural recipient of the Creative New Zealand Writers' Fellowship, and was the 2009/10 Antarctica New Zealand Arts Fellow. In 2006 he was invited by the French Centre National du Livre to participate in their Les Belles Etranges festival and subsequent tour, anthology and documentary. He was the President of Honour of the New Zealand Society of Authors, 2007–08, and delivered the 2010 Frank Sargeson Memorial Lecture.